Reviews of The Elder Scrolls Online and its gameplay

With The Elder Scrolls Online, there is plenty to do in player versus environment. Indeed, each area is filled with specific locations such as caves, farms, villages, fortresses and basements. In addition, each location offers a small story arc to complete, with most of the time a small choice to make to influence the outcome.

Compared to a game like The Old Republic, the Star Wars MMO, this is less advanced but still quite enjoyable. In addition, there are also dungeons and small camps with elite monsters. These various fun activities require a decent amount of strength to clear: they are cut out for 4 gamers. The rest is easily done solo. Another point, if you want to read the dialogues, quest texts or other background points, it’s better to be alone, since few gamers will be waiting for you.

The main features of The Elder Scrolls

The Elder Scrolls Online is certainly one of the strangest MMOs on the market! Indeed, it is permanently torn between the two aspects of its single player RPG origin and the need to offer the usual World of Warcraft package. In the end, it’s quite enjoyable to play, but you have to know exactly how you’re going to approach it before you get into it.

The Elder Scrolls Online’s lack of extravagance is noticeable, both in its storyline and in its dungeons, which turn out to be too generic. However, the numerous efforts made on its structure as well as the construction of its content offer the possibility of not having the impression of redoing an odyssey already experienced before. The progression system, however, manages to outshine many of its counterparts by offering a multitude of different options as well as the ability to break free from all of the limitations often required in the medium.

The last point about The Elder Scrolls Online is the interface. The interface is simply horrible! One of the big weaknesses of the MMO. Fortunately, the effort put into writing the quests, the excellent soundtrack and the extremely dynamic combat system are all worth it. 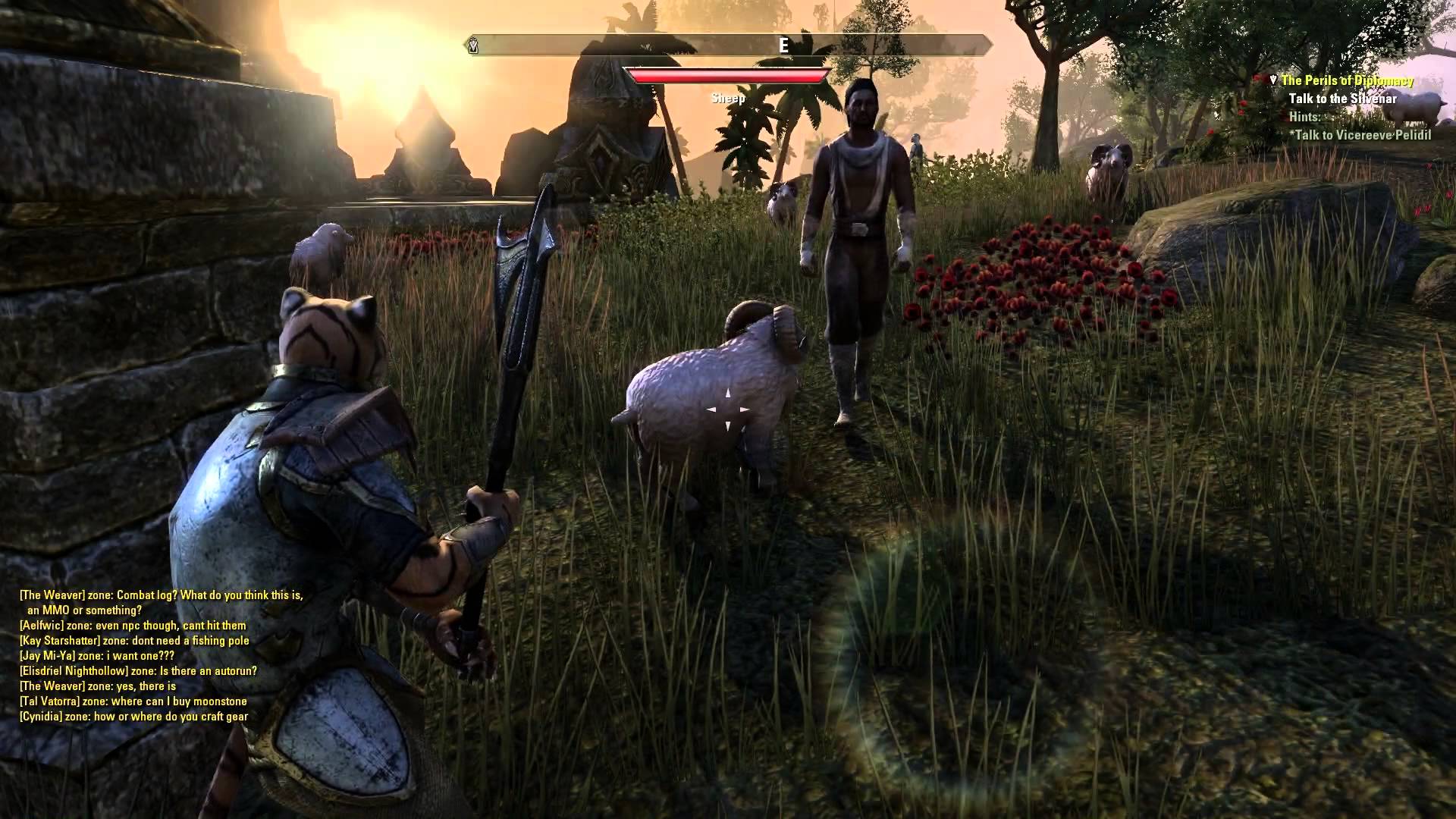 Our conclusion on The Elder Scrolls Online

Like many MMOs that have appeared in recent years, The Elder Scrolls Online developed by ZeniMax Online Studios has as many strong points as weak ones. Fun to play, it remains however rather complicated to target, mainly because of the gap between player vs environment and player vs player. Another gap: the quiet MMO, designed for small groups, and the imposing competitive MMO between armies of gamers.

In the end, The Elder Scrolls Online is an MMORPG that won’t revolutionize the genre, but it does make an effort to offer us fun fights and successful PvP skirmishes. In short, if I were you, I would only get into The Elder Scrolls Online on one condition: if I was sure to participate in the player vs. player wars in the long run, or if you are a big fan of this MMO universe.