The opinion on Wolfenstein – The Old Blood and its gameplay

First thing to say: Wolfenstein: The Old Blood is not the sequel to The New Order. Indeed, the story of the game is set before the facts of the previous opus. Thus, The Old Blood can be compared to a big DLC that can run without the previous episode. This FPS is as gritty as you want it to be and offers flawless entertainment. Wolfenstein – The Old Blood was developed by MachineGames. Let’s take a look at these features in more detail.

With a lifespan of around ten hours and a low price tag of 20 euros, Wolfenstein: The Old Blood is mainly aimed at gamers who loved the previous episode. If you’re not familiar with the series, we advise you to start with The New Order. Indeed, the episode remains more accomplished and more complete. The Old Blood offers a really solid gameplay and a fun and pleasant art direction. It is true that we would have liked to see better novelties, but the title remains very good.

The features of Wolfenstein – The Old Blood

At the beginning of the game, you should make good use of the various functions of the improvised Swiss Army knife (by the way, sneaking up on guards is a good technique). You’ll soon realise that you’ll need to get your hands on a more optimised arsenal in order to overcome whatever lies ahead.

In the end, this opus presents more threats than in The New Order: soldiers, enemies in robotic armour and … zombies. The latter could have been avoided and they quickly become very annoying when they are in large numbers. A piece of advice: Play low profile as soon as you get the chance. It is important to avoid the alarm being raised, otherwise you will have to remove all the opponents from your area, and this can quickly become complicated.

One of the main strengths of Wolfenstein – The Old Blood is that it alternates between infiltration sequences and much more muscular passages. In the end, even if the game is old school in its approach, with pleasant sides of FPS of the years 1990-2000, even in its graphics, we really love the richness as well as the variety that emerges. This is mainly felt in the environments encountered: prison, castle, catacombs, village, cemetery or ruins. In addition, equipment is available as well as assets to unlock according to your actions. Secret areas are also present. In short, a lot of variety. It’s a shame that the game doesn’t offer a multiplayer mode! 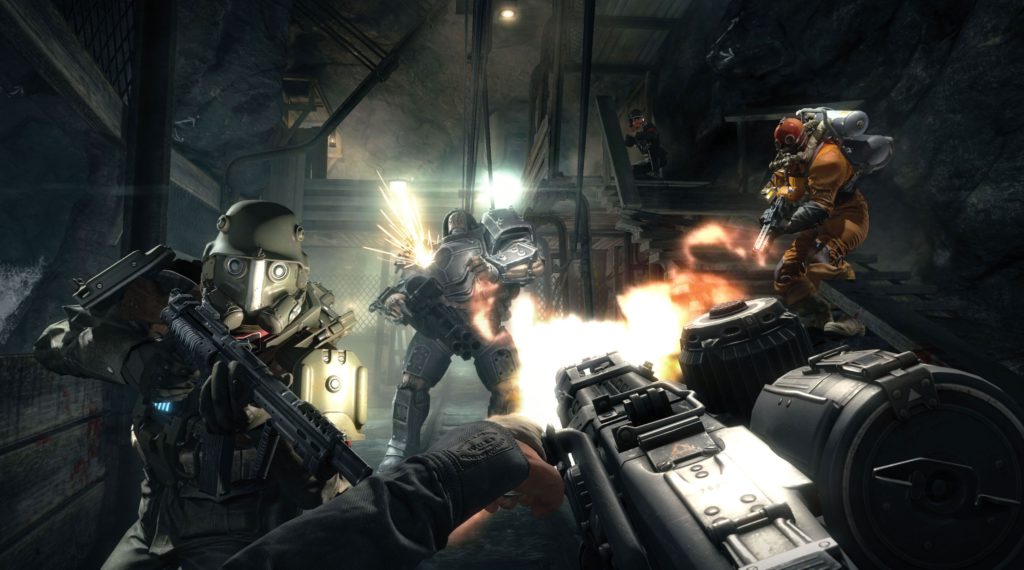 Our conclusion on Wolfenstein – The Old Blood

After a surprising The New Order, Bethesda Softworks and MachineGames decided to release The Old Blood. A relatively clean and square title, the game offers a complete and captivating adventure for a small price. The challenge is rich as is the content. We really regret that there is no multiplayer mode. This will also be the case for the next Wolfenstein: The New Colossus. Good news since the game mechanics and the excellent handling are excellent. In short, a very good investment, especially for those who already enjoyed The New Order. So, don’t hesitate to download Wolfenstein – The Old Blood thanks to top-mmorpg!