Our opinion on Sparta : War of Empire and its gameplay

Specialist of management/strategy on web browser, Plarium is back with Sparta : War of Empire. A free to play game entirely translated into French, and which takes place in ancient Greece. The title borrows from tenors of the genre such as Age of Empires while developing its own mechanics. It is also accessible via Facebook.

After going through the game’s tutorial, you will have to start developing your city. Sparta: War of Empire features excellent 2D graphics, especially for a web browser game. The buildings and environments are very detailed, and the colour palette is amazing. The interface, very close to classic management/strategy, is pleasant. But you will have to deal with various windows that constantly pop up to add friends. We’ll come back to this dimension in a few moments.

The entire economy of your domain is based on the game’s currency, Drachmas. While they flow freely as you progress, they also leave very quickly. Like any free-to-play game, Sparta: War of Empire requires the player to reach into his pocket if he wants to accelerate his progress. Here, this is done by obtaining additional Drachmas. These coins cover all aspects of the game. They can be used to speed up the construction of buildings and to buy additional troops, resources or valuable items.

You do not have to pay for more Drachmas. Some sponsored offers (mostly free) allow you to replenish your coffers in exchange for registering on a site, for example. If you don’t mind unwanted emails, this can be a good deal.

Sparta: War of Empire, or the community game!

You have three resources to improve your kingdom: bronze, grain and wood. Each of them will allow you to develop a solid army, to go and challenge other players. Because that’s what Sparta: War of Empire is all about: dominating your opponents to expand your playing field.

Plarium’s software continually pushes you to add new friends, to the point where it becomes boring. Indeed, untimely windows spoil the game experience, especially if you want to play in lone wolf mode. Fortunately, the strategic aspect of the game makes up for this little annoyance. 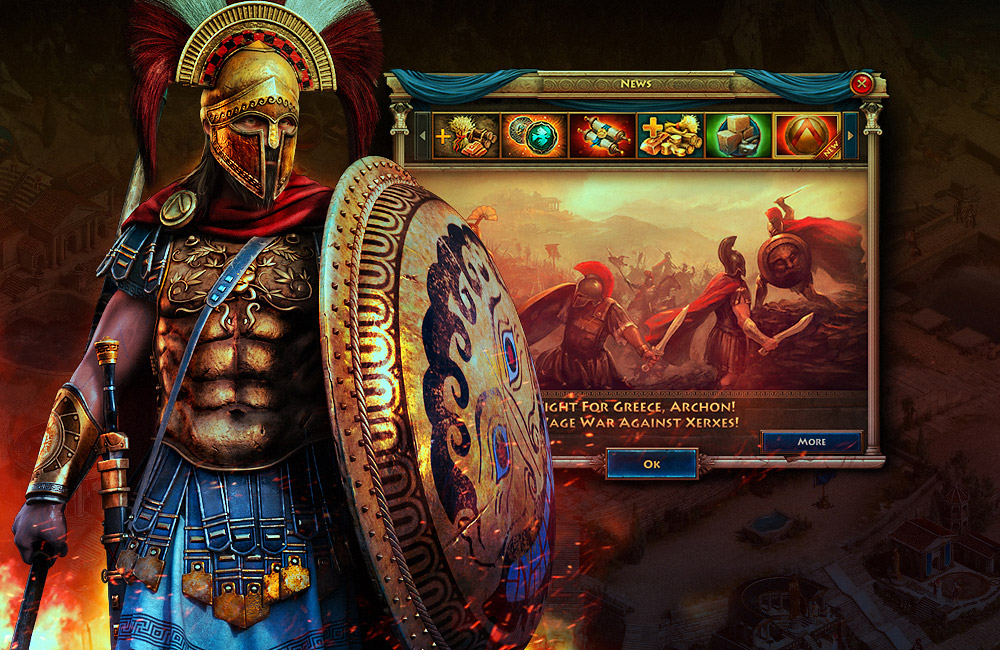 Battles are simply determined by the number of units and their type (no combat animation) and by the classic attack/defence balance. Everything is done automatically, and remains very basic. But the coalition system proves to be very addictive, hence the interest in forging alliances. You can, with your friends, pool your resources to accelerate the development of your respective cities. As you can see, your empire will grow to an inordinate size depending on your diplomatic agreements.

Resolutely focused on PvP, it must be admitted that players who pay with real money are not at a great advantage. A good player will never need to put his hand in the wallet. This is definitely one of the strengths of Sparta: War of Empire.

Our conclusion on Sparta: War of Empire

Ancient battles on the web browser have rarely been this exciting. Sparta: War of Empire offers a rich and accessible experience. We find the classic mechanics of management/strategy with an appreciable community dimension. However, you will have to get past the basic rendering of the battles and accept to play the game of alliances…