Our opinion on Naruto Online and its gameplay

Available on web browser and in French version since October 2016, Naruto Online has convinced the biggest fans of the little blond ninja. The main plot of the game is rather faithful to that of the Manga despite some liberties, and there are many similarities between the game and the anime: colorful graphics, a soundtrack that includes music and sound effects that any regular knows well, and of course Dantesque battles with all the emblematic characters of the saga. A downside however: the translation of the game, which remains too approximate.

Getting started is very simple. Once the player’s avatar has been chosen (you can choose between different fighting styles), you have to create your own team of 4 ninjas with different characteristics, to obtain a group that is as varied as it is complementary. You will have to place your heroes strategically during the fights (in the front line, or on the contrary at the back for example) to achieve the most effective combinations. A tutorial allows the player to quickly get up to speed, even if we regret that some of the points raised during this introduction remain too vague.

The game is based on a system of instances. Divided into several types, they allow the player to follow the game’s scenario, or to increase the characteristics of your characters, to recruit new ninjas to your team… The possibilities are numerous, and the player remains entirely free to choose.

On the other hand, the player is limited in terms of his in-game time. This is materialized in Naruto Online by a stamina gauge, which decreases over time and rises a little every hour. However, it is possible to raise this gauge thanks to “stamina potions”, which can be obtained by talking to certain NPCs or by participating in events on social networks. 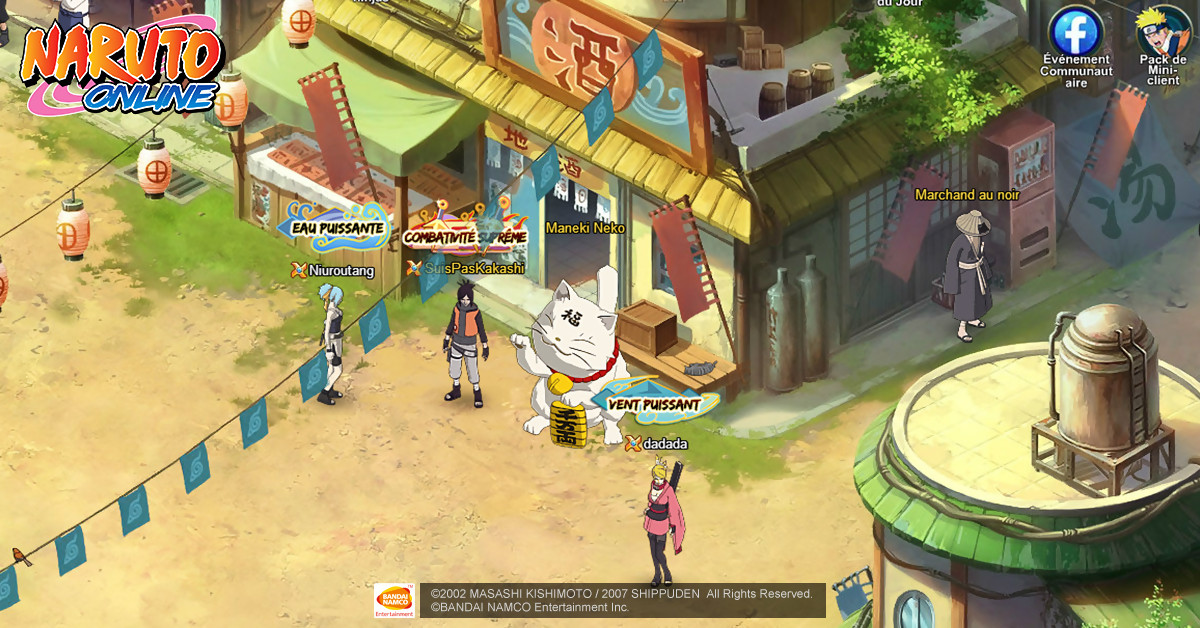 Access to Naruto Online is entirely free, but it is possible to pay to obtain certain advantages. This raises the question: can a player who does not pay compete with those who invest their money? The answer is no. Indeed, even if the game has a nice longevity, you have to admit that frustration will quickly come knocking at your door against players who pay.

Giving in to pay-to-win brings several benefits. Ninjas have extra points to invest in their characteristics, gain more experience and money. In addition, obtaining unlockable characters is much faster.

Our conclusion on Naruto Online

Very honest in terms of content and with a well thought out gameplay, Naruto Online could have been much better if it didn’t suffer from a poor localization and a ” pay-to-win ” business model that puts players who don’t want to put their hands in the wallet at a disadvantage.